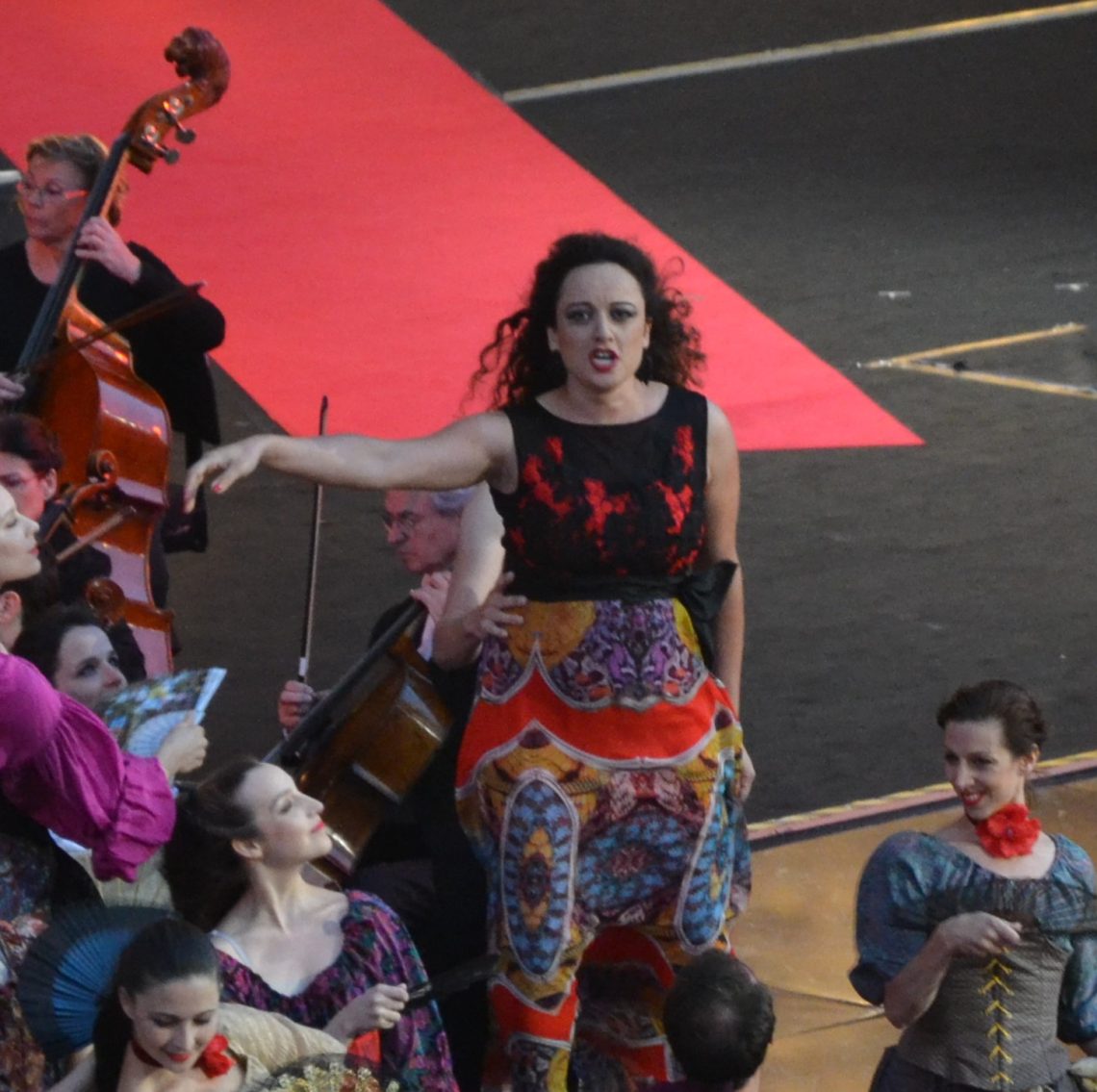 One of the leading mezzo-sopranos of her generation, French singer Clementine Marguin has gained international fame over the past few seasons, performing at such theaters as the Metropolitan Opera, Paris National Opera, Deutsche Oper (Berlin), Bavarian State Opera, Colon (Buenos -Ayres), the Roman Opera, the Grand Theater of Geneva, San Carlo (Naples), the Sydney Opera, the Canadian Opera and many others.

Clementine Margen was born in Narbonne (France), in 2007 she graduated with honors from the Paris Conservatoire, in 2010 she was awarded a special jury prize at the International Vocal Competition in Marmande. In 2011 she became a laureate of the Queen Elisabeth Competition in Brussels, in 2012 she received the Nadia and Lily Boulanger Prize of the French Academy of Fine Arts. In the same year, she joined the staff of the Berlin Deutsche Oper, where she performed the roles of Carmen in the opera of the same name by Bizet, Delilah (Saint-Saens’s Samson and Delilah), Maddalena, Federica (Verdi’s Rigoletto, Luisa Miller), Princess Clarice (“The Love for Three Oranges” by Prokofiev), Isaura (“Tancred” by Rossini), Anna, Margarita (“The Trojans”, “The Condemnation of Faust” by Berlioz) and others. Particular success brought the singer the part of Carmen, which she has since performed in the theaters of Rome, Naples, Munich, Washington, Dallas, Toronto, Montreal, made her debut with her at the Metropolitan Opera, the Paris National Opera, the Australian Opera and other major stages of the world.

In the 2015/16 season, Margen made her debut at the Musikverein in Vienna, where she performed Mendelssohn’s oratorio “Elijah” with the Orchester National de France, and performed with the Stuttgart Radio Symphony Orchestra (“Romeo and Julia” by Berlioz). In August 2016, the singer made her debut at the Salzburg Festival (concert performance of the opera The Templar by Otto Nicolai). In the 2017/18 season, she made her debut as Fidesz (Meyerbeer’s Prophet) at the Berlin Deutsche Oper and Amneris (Verdi’s Aida) at the Australian Opera, and made her first appearance at the Liceu Grand Theater (Barcelona) as Leonora (Donizetti’s Favorite) , at the Capitole Theater of Toulouse (Carmen) and the Lyric Opera of Chicago in the role of Dulcinea (Don Quixote by Massenet). Among the most successful engagements of the 2018/19 season are Carmen at the Theater Royal, Covent Garden in London and Dulcinea at the Berlin Deutsche Oper.

Margen began the 2019/20 season with two sold-out concerts at the Hamburg Philharmonic am Elbe, followed by a performance at the Tchaikovsky Concert Hall, a stage production of Verdi’s Requiem at The Shed in New York and the Berlin Philharmonic, as well as participation in performance of the oratorio “The Childhood of Christ” by Berlioz in Lyon. Further engagements of the season include the roles of Fidesz (Prophet) at the Berlin Deutsche Oper and Amneris (Aida) at the Liceu Grand Theater and the Canadian Opera, Chausson’s Poem of Love and the Sea at the Radio France Concert Hall (Paris) and a European tour with Jonas Kaufman (Brussels, Paris, Bordeaux). At the end of the season, Margen sings the title role in Bizet’s Carmen at the Liceu Grand Theater and San Carlo Theatre.