When it comes to effects, guitarists really have a lot to choose from. This group of musicians can modulate and create sounds with almost no limitations in any sonic direction. To create this sound, of course, specially constructed devices called effects are used, and one of the most popular effects are those of the so-called cubes. That is the effect that we switch on and fire by pressing the button with the foot. Of course, we have many different types and variations of individual effects, from those that delicately interfere with the characteristics of the sound and only give them the right flavor, to those that radically change the structure and characteristics of the entire sound. We will focus on those less invasive in terms of sound, but which will make the sound fuller and much nobler. Now I will present you four different effects in the form of a small cube, from different manufacturers, which are worth taking a closer look at.

Let’s take the EarthQuaker Devices Dispatch Master first. These are effects of the reverb and echo type, in other words, it is a combination of delay and reverb effects that can be used together or independently. The device has been closed in one tiny box. It is very easy to use and at the same time very effective. We will use 4 potentiometers to adjust the sound: Ti e, Repeats, Reverb and Mix. In addition, Flexi Switch thanks to which we can turn on the momentary mode. Switching the effect on and off was realized on non-click relays. The power supply to the effect is standard 9V without the possibility of connecting the battery. The effect may not be the cheapest, but it is definitely professional equipment worth the price. (1) EarthQuaker Devices Dispatch Master – YouTube

Another of the proposed effects is Rockett Boing, which simulates the effect of a spring reverb. It is a very simple design with only one control responsible for the saturation and depth of the effect, but despite such a simple solution, it is one of the best effects of this type on the market in this segment. In addition, thanks to a very solid casing and an almost indestructible switch, we can be sure that this effect will survive even the toughest conditions of concert tours. (1) Rockett Boing – YouTube

Now, from the reverberation effects, we will move on to the effects that give the sound characteristics. One Control Purple Plexifier is our proposition with small cube effects, which is able to create a sound from the old days. The amp-in-box series perfectly proves that you can enclose the sound of classic rock amplifiers in a small box. This time, inside we find the sound of the iconic Marshall Plexi. Very easy to adjust, treble, volume and distortion. An additional trimpot on the side to adjust the midrange. The effect, of course, has true bypass, power supply input and the ability to connect a battery. This is the perfect solution for guitarists who prefer the classic Marshallian sound. (1) One Control Purple Plexifier – YouTube

One Control Purple Plexifier
And to conclude our cube review, we want to propose the JHS Overdrive 3 Series. JHS is an American company that is well known among guitarists and produces top-class boutique effects. The 3 series is an offer for guitarists with a less affluent wallet, but it does not differ in quality from the best picks produced by this brand. The JHS Overdrive 3 Series is a simple Overdrive overdrive with three knobs: Volume, Body and Drive. There is also a Gain switch on board that changes the saturation of the distortion. In addition, it is a simple, solid metal housing that will surely serve you. (1) JHS Overdrive 3 Series – YouTube
JHS Overdrive 3 Series
The proposed effects will surely find their application in any musical genre. A bit of reverb or adequate saturation is needed everywhere. These are effects that are really worth having in your assortment. All four proposals are, above all, a very high quality of workmanship and the sound obtained. 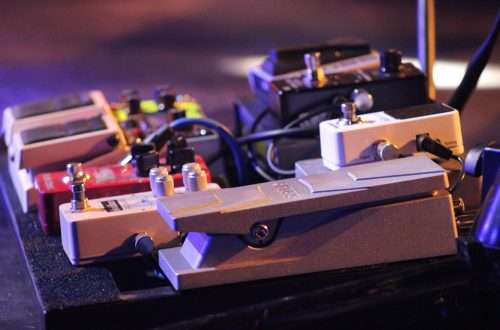 A guide for a demanding guitarist – The Noise Gate 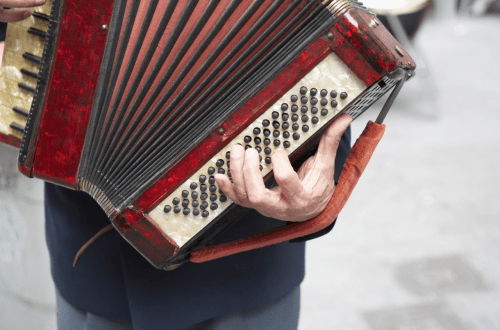 Accordions as one of the most versatile instruments